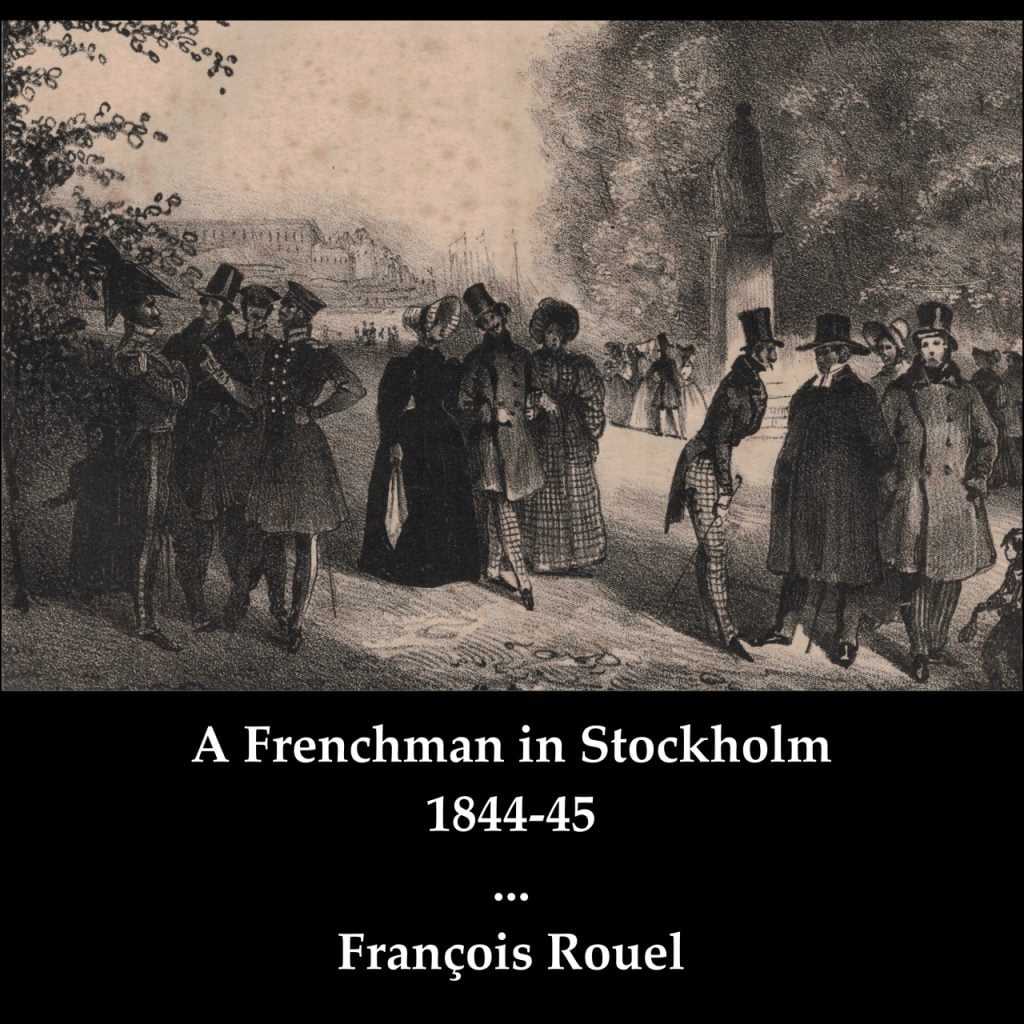 Listen to Natalie’s extraordinary narrating of the book A Frenchman in Stockholm 1844-45 by François Rouel. It is now available in all qualitative streaming audiobook services, like Bookbeat and Audible etc. You can also buy it as a downloadable audiobook from e.g. in Apple Books app/iTunes Audiobooks etc.

On an early autumn day in the year 1844 François Rouel and his companion enter Stockholm in order to participate in the coronation of king Oscar I. After an eventful, but not that pleasant first day as a Frenchman in Stockholm, he later writes: “On the first day of my stay in the capital, I could not imagine that I would stay for half a year that turned out to be the case”.

After the coronation of king Oscar I, Rouel begins an insightful exploration of the city’s social life, high and low, added with imaginative comparisons with his home country. The outcome becomes an uncensored story about Stockholm and its surroundings. As he is breaking the last remaining borders of the newly won freedom of expression (freedom of the press in Sweden 1809 in theory, the 1840s fully in practice). Learn more about the book here